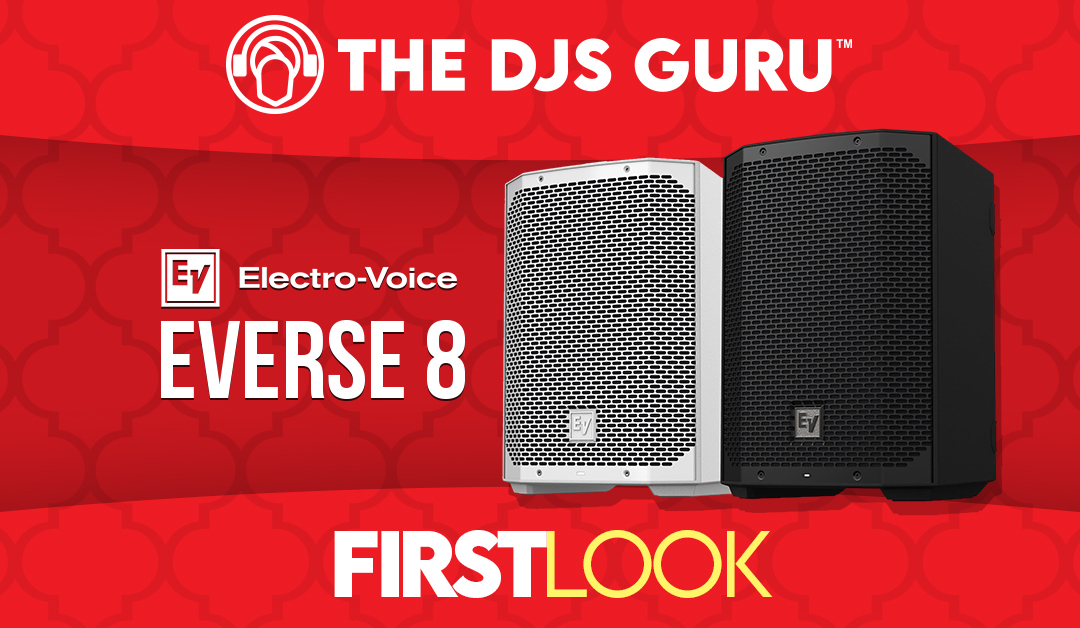 Electro-Voice is good at a lot of things, the most important of which is building speakers. However, they’re also good at creating hype-worthy products that send ripples throughout the DJ community. Whenever Electro-Voice announces something new and unique, you’re bound to hear about it daily for weeks on end. Such is the case with their newly released EVERSE 8 battery-powered loudspeaker. For many mobile entertainers, this seems to be the answer to years of requests for a tailor-made portable audio solution. In this Electro-Voice EVERSE 8 first look, we’ll dive into what you need to know about this mighty little speaker.

Electro-Voice EVERSE 8 – Why Does it Exist? 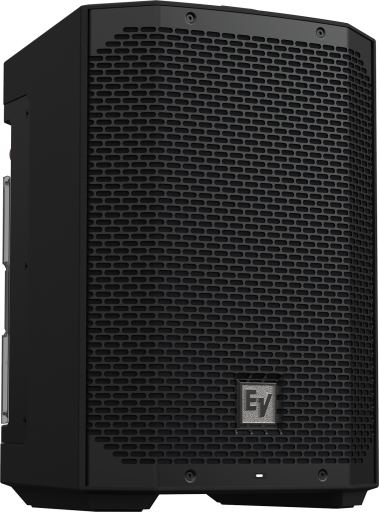 As more events have begun to take place in remote areas over the past few years, DJs have been stuck in a difficult spot. Should they buy or rent a generator to power their existing PA system? Or would a better choice be to buy a completely new, battery-powered speaker? The second option has become increasingly more attractive as manufacturers have developed a greater number of battery-powered options.

However, none of these speakers seemed to check off every box on a DJ’s list. Some may be ultra-portable but have poor battery life. Others are small and powerful but lack any sort of weather protection. Pretty much all of the options offer sub-par audio quality or low output. Then, even after choosing a speaker, DJs are stuck wondering how to power the rest of their gear. After all, speakers in the professional setting are almost never used by themselves – you’ll often have a microphone or mobile device of some sort around to cover the music and announcements.

The Electro-Voice EVERSE 8 has created such a buzz because it appears to answer all of these requests. Let’s take a look at some of the biggest standout features.

A speaker is no good if it doesn’t sound great. EV is known for its audio quality, and they’ve put the effort into infusing it into the EVERSE 8. A very respectable 121 dB max SPL out of a portable 8″ speaker is truly amazing. Because the speaker is most likely to be used on its own, it has an unusually wide 100 x 100-degree coverage pattern. This means that a single speaker can cover a much wider area than a traditional 8″ cabinet.

While most instances where you would use a battery-powered speaker are short in duration (we’re looking at you, wedding ceremonies, and cocktail hours), there are times when you may need to rely on your speaker for a bit longer. Venue power went out? Yup. The Electro-Voice EVERSE 8 won’t be running out anytime soon, with up to 12 hours of run time on a full charge. Plus, it has built-in protection to prevent depletion of the battery, which is removable as well. Most situations that would require a battery-powered speaker are likely to take place outdoors, away from the cover of a patio or roof. Do you really think that throwing a black trash bag on top of your speaker when rain rolls in is a good look though? There’s no need to resort to drastic measures with the EVERSE 8 – the enclosure is made to withstand both splashes and light rain. Oh, and did we mention it’s available in both black and white finishes?

One of, if not the biggest, problems that DJs have struggled with in regard to battery-powered speakers is this – they’re never truly portable. Need to keep an iPad charged or a wireless microphone powered? You need to haul along some source of battery power in addition to the speaker. It kind of defeats the purpose, doesn’t it? The Electro-Voice EVERSE 8 has a 12V DC port (Powers EV Microphones) on the back that is perfect for powering a wireless microphone receiver. Not only that, but it also has a charging port for keeping your devices full throughout your event.

Last but not least, we have to mention that the EVERSE 8 has a handful of available optional accessories. The Electro-Voice tray attaches directly to the speaker and provides a secure spot to place your wireless mic receiver, complete with a hook-and-loop strap. The padded tote bag makes both storing and transporting the speaker (along with cables) super easy. It even has a removable shoulder strap and space for a wireless mic receiver. There are also additional batteries available for sale if you know you’ve got a long event scheduled or would just like some backup.

Electro-Voice has once again knocked it out of the park with the EVERSE 8. It’s obvious they’ve listened to their customer base, the working entertainer, and produced something that actually addresses their needs. Rugged EV quality, revered sound clarity, a weatherized enclosure, peak battery performance, and a handful of unique features combine to produce a speaker that’s sure to sell out for months to come.